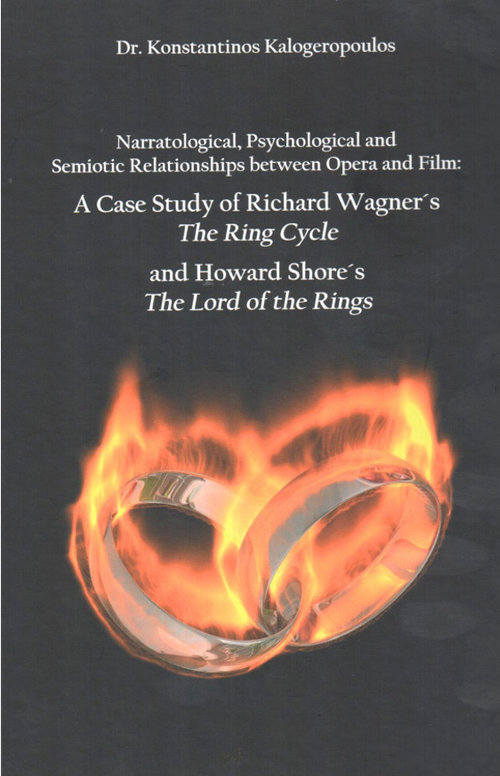 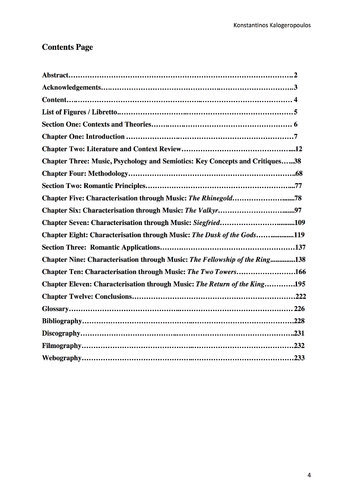 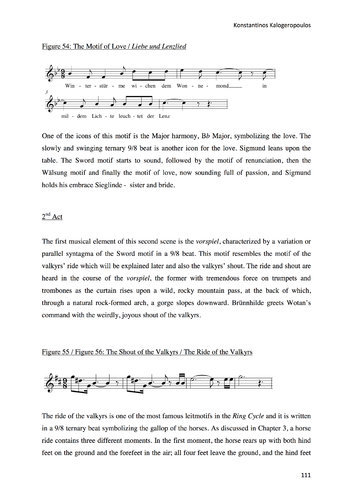 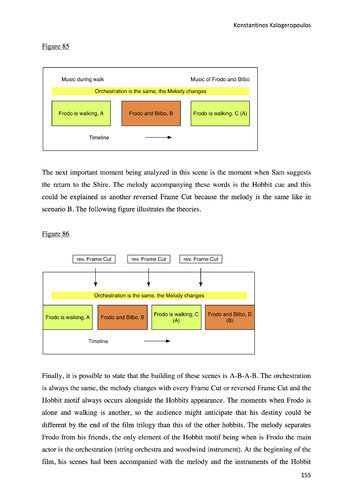 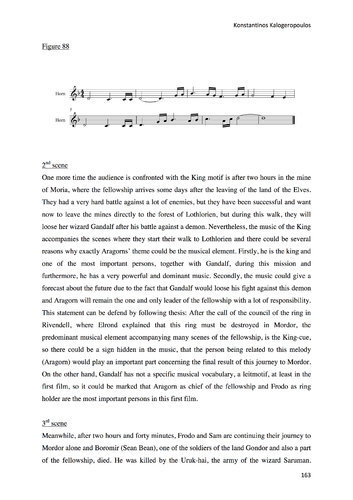 The Doctoral thesis of Dr. Konstantinos Kalogeropoulos discusses the relationship between the muic of the turn of century fromthe 19th to the 20 century and Hollywood’s film music with focus on the analysis of thecoming into being and usage of the leitmotif in two specific works: The Ring Cycle quartet by Richard Wagner and The Lord of the Rings trilogy directed by Peter Jackson with music from Howard Shore. The starting point of the thesis is a historical perspective upon how people lived during the years which influenced the development of the leitmotif in romantic music, establishing how society started to change and what kind of questions about human being, psychology and identity arose in this time. This leads to the discussion of how these feelings started to influence art forms, especially the music which, stylistically, shaped the compositional framework of film music both pre- and post- the arrival of sound. One of the most important theories I use in the thesis is the structural model of human psyche of Sigmund Freud, which is contemporary with the late Romantic period manifested in the music of Richard Wagner. Freud used this psychoanalytical method to help analyse the emotions and feelings situated completely in the unconscious part of human psyche and to bring the awareness of these feelings and emotions into the consciousness of his patients; in other , into real life. During the analyses of the opera and the film trilogy, I will use this methodology to discuss the function and effect of the music and, additionally, the identity of specific characters. The second set of theoretical instruments I use are the theories of Charles Sanders Peirce and Algirdas Julein Greimas to discuss the signification functions of the music in each text. In the last chapter, I want to prove how the research questions stated in Chapter One can be answered and if the relationship between the music of these times and Hollywood’s film music is comprehensible. What is original about this research is the way in which I establish an objective methodology for the textual analysis of varying artforms and the content of the semiotic and psychoanalytical analyses demonstrate the efficacy of this technique for a detailed interdiscipline-friendly investigation of the specific roles and functions of the leitmotif within specific musical scores.